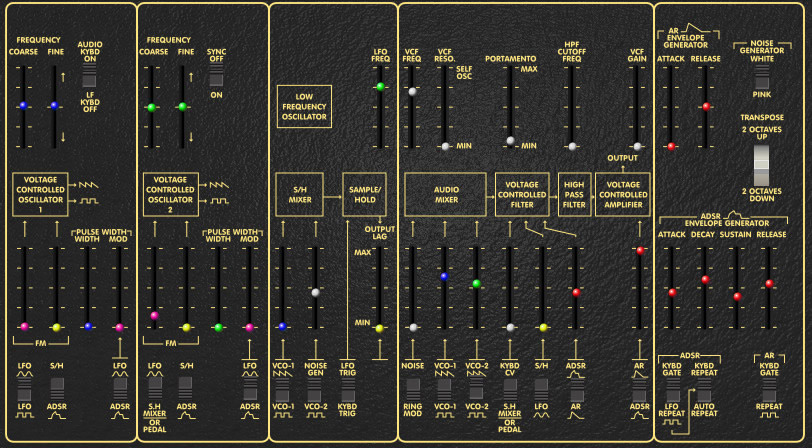 Oddy-Free is an emulation of an Arp Odyssey Mk.II.

Much attention to detail was given in the layout of the signal path to have it behave as accurately as possible.
It does have just a touch more umph than most originals would – this particular emulation was based on the “illegal” filter versions based on Moog’s -24dB Low-Pass filter, so it sounds quite a bit smoother and richer but at the same it can produce the harsh metallic tones known from the Odyssey.