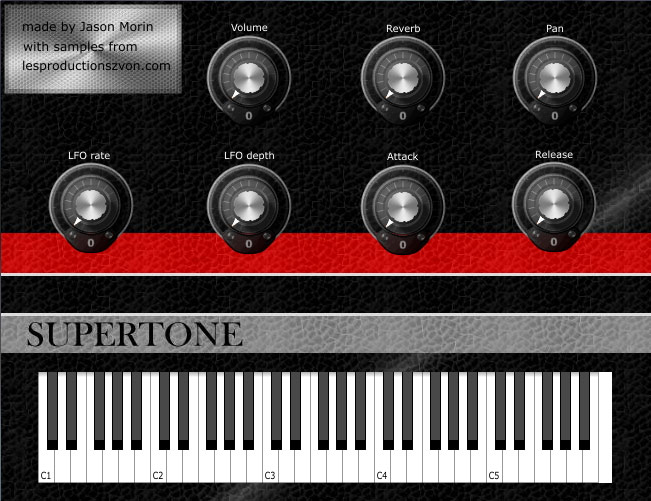 Free VSTi made by Jason Morin with the Maize Sampler.Contains samples from the Supertone reed organ that is part of my Reed Organs sample set.

I recorded it with 2 different microphones including a shotgun mic, the samples in the VSTi are those recorded with the regular mic. There are less samples than in the sample set. In the sample set, each of the 25 keys (from C3 to C5) was sampled and included. In the plug-in, 5 samples are used mapped to roughly 5 keys each. Even with less samples it is very playable and enjoyable. The fan noise and powering up samples are also not included.

I bought all these organs at a local flea market and all had seen better days. But that’s part of their charm!