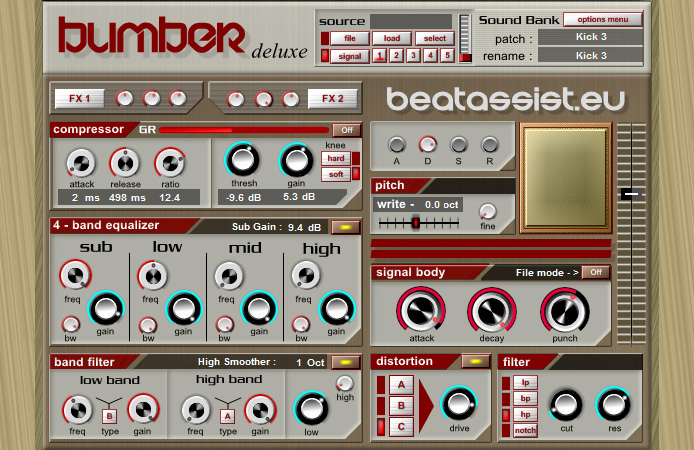 BumBer Deluxe is a bassdrum synth and sampler coming with a 165 samples library.

BumBer Deluxe has five diferent waveform built-in signals, each signal has a diferent pitch range control that can be writeable. There is also the chance to insert a pre-made bassdrum .wav sample of 16 or 24-bits for post modification. This function also counts with an independent pitch control.

The ADSR control is full open for samples, although the built-in signals only have the possibility to use the decay option of the Amp Envelope. There are two effects that you may combine with the five built-in signals: Tamborin and Snare based. These effects have an idenpendent pitch control, decay and gain.