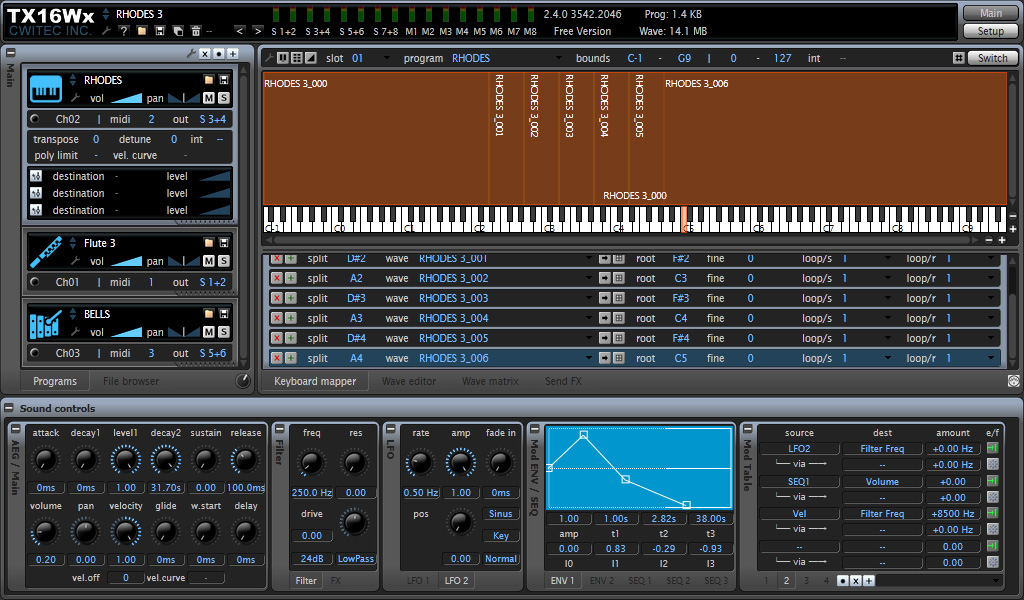 The TX16Wx Software Sampler is a simple, yet powerful sampling instrument inspired by various classic hardware samplers from the 80s and 90s, but mainly the excellent Yamaha TX16W sampler as used with the Typhoon operating system.

Many software samplers sport a multitude of features aimed mainly at disk-streaming gigabyte sized preset libraries. The TX16Wx instead aims to bring back some of the joy of working with the classic hardware instruments, using sampling not for playing back pre-built libraries, but instead creating your own new sounds in creative way. Perhaps the biggest reason this software was created though, is that I have yet to find a software sampler, free or otherwise, with both workstation features, and a clear cut, well-documented file format that does not lock the user in to a product forever. The TX16Wx file format is simple XML files and can be translated even by hand in a simple text editor.